China’s diverse range of landscapes, cultures and history makes it an ideal destination for those who like to get out and explore during their holiday. In the new world order, this formerly sleeping giant is now an emerging financial and industrial powerhouse, where dynamic, futuristic cities sit alongside the splendid remains of its ancient civilisation. The diversity of its landscape and the cultural heritage of its people are truly fascinating. Rather than being overwhelmed by China’s size and the multitude of attractions on offer, the easiest and best way to see China is with an escorted tour. Suitable for all ages, interests and paces, a luxury holiday to China in Asia truly is a once-in-a-lifetime trip. 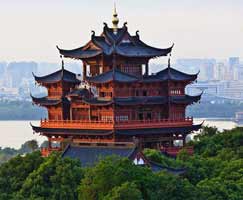 Bumper Discount on this Festival season
book with us and get upto 30% off
on China Tour Packages.

Get a Free Tour Quote !
* Term and Condition Apply